Amsterdam is known for museums, nightlife, sightseeing, parks, and breweries. Your plan includes some of its best attractions: get engrossed in the history at Anne Frank House, take in the architecture and atmosphere at De Duif, explore the world behind art at Van Gogh Museum, and sample the tasty concoctions at Heineken Experience.

To find maps, other places to visit, where to stay, and more tourist information, refer to the Amsterdam custom trip planner.

Paris is known for sightseeing, museums, nightlife, parks, and shopping. Your plan includes some of its best attractions: explore the world behind art at Louvre Museum, wander the streets of Le Marais, admire the landmark architecture of Arc de Triomphe, and see the interesting displays at Musée d'Orsay.

To see ratings, other places to visit, where to stay, and more tourist information, you can read our Paris vacation builder.

Traveling by train from Amsterdam to Paris takes 3.5 hours. Alternatively, you can do a combination of train and flight; or drive. January in Paris sees daily highs of 44°F and lows of 35°F at night. Wrap up your sightseeing on the 23rd (Mon) early enough to travel to Munich.
more less 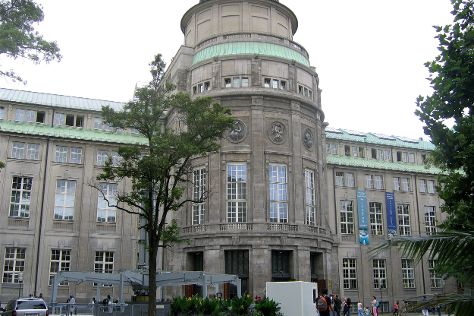 Village of a Million People

Often described as the city of laptops and lederhosen, Munich is an international center of business, engineering, research, and medicine that still maintains a rich cultural heritage and age-old traditions.

To see reviews, ratings, where to stay, and tourist information, read our Munich vacation builder.

Do a combination of train and flight from Paris to Munich in 5 hours. Alternatively, you can take a train; or drive. Plan for slightly colder temperatures traveling from Paris in January, with highs in Munich at 38°F and lows at 28°F. Wrap up your sightseeing on the 24th (Tue) to allow time to travel back home.
more less

Things to do in Munich