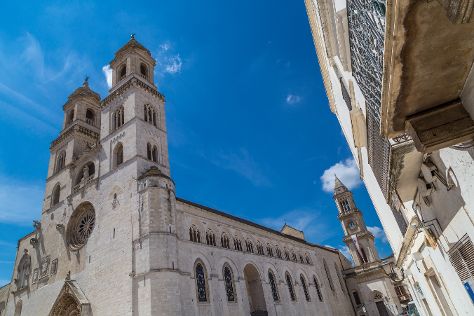 Famous for its resemblance to the ancient settlements of Jerusalem and Cappadocia, Matera remains one of the oldest inhabited cities in the world.

Kick off your visit on the 28th (Wed): pause for some serene contemplation at Gravina in Puglia - Cattedrale, then delve into the lush surroundings at Foresta Mercadante, then take in the architecture and atmosphere at Cattedrale, and finally contemplate the long history of Parco delle Chiese Rupestri di Matera. Keep things going the next day: make a trip to Sassi di Matera, then don't miss a visit to Cattedrale Maria SS. Assunta, and then take in the dramatic natural features at Grotta del Trullo.

To see more things to do, other places to visit, maps, and tourist information, read our Matera tour planning app.

Brussels, Belgium to Matera is an approximately 7.5-hour flight. You can also drive; or do a combination of train and bus. Traveling from Brussels in December, expect nights in Matera to be about the same, around 3°C, while days are a bit warmer, around 13°C. Finish your sightseeing early on the 30th (Fri) to allow enough time to drive to Naples.
more less

Things to do in Matera 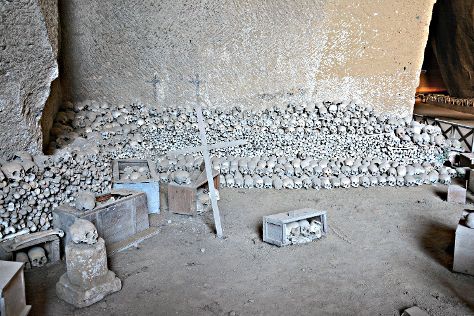 ©
Naples is the capital of the Italian region Campania and the third-largest municipality in Italy after Rome and Milan. Popular historic sites such as Castel dell'Ovo and Cimitero delle Fontanelle are in your itinerary. Duomo di Salerno and Cloister of Santa Chiara are good opportunities to explore the local culture. You'll find plenty of places to visit near Naples: Ravello (Villa Cimbrone Gardens & Villa Rufolo). There's lots more to do: pause for some serene contemplation at Gesu Nuovo Church, don't miss a visit to Spaccanapoli, get to know the fascinating history of Centro Storico, and get impressive views of Vulcano Solfatara.

You can drive from Matera to Naples in 3.5 hours. Alternatively, you can take a bus; or do a combination of bus and train. When traveling from Matera in December, plan for a bit warmer days in Naples, with highs around 17°C, while nights are about the same with lows around 6°C. Finish up your sightseeing early on the 1st (Sun) so you can travel to Forio.
more less

©
Start off your visit on the 2nd (Mon): take in the architecture and atmosphere at Basilica Di Santa Maria Di Loreto, steep yourself in history at Sant'Angelo (Serrara Fontana), then take your sightseeing to a higher altitude at Pizzi Bianchi Mountain, and finally pause for some serene contemplation at Chiesa del Soccorso.

For more things to do, reviews, photos, and other tourist information, use the Forio route builder website.

Things to do in Forio 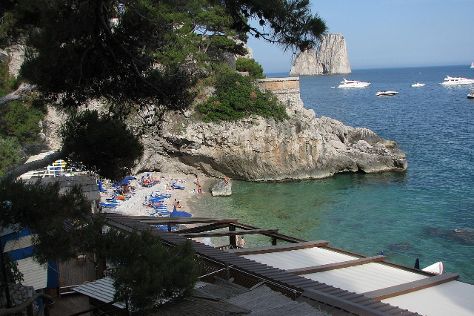 The island of Capri encompasses all the magical allure of the Mediterranean--dramatic blue waters, lush mountainous landscape, and picturesque island villages.

Start off your visit on the 3rd (Tue): take in the awesome beauty at Monte Solaro, cruise along Via Krupp, then stroll through Marina Grande Public Beach, then contemplate the waterfront views at Marina Piccola, and finally get engrossed in the history at Villa San Michele. Get ready for a full day of sightseeing on the 4th (Wed): take in the dramatic natural features at I Faraglioni, trek along Fortini Coastal Walk, and then contemplate the long history of Villa Jovis.

To find reviews, photos, where to stay, and tourist information, you can read our Capri driving holiday planner.

Do a combination of taxi and ferry from Forio to Capri in 2 hours. Alternatively, you can do a combination of bus and ferry. January in Capri sees daily highs of 15°C and lows of 10°C at night. Wrap up your sightseeing on the 4th (Wed) early enough to travel back home.
more less

Things to do in Capri

Anacapri
Find places to stay Jan 3 — 4:
Hotels on TripAdvisor
Homes on Airbnb
Highlights from your plan