For maps, more things to do, photos, and other tourist information, refer to the Puerto de la Cruz trip itinerary maker tool.

Riga, Latvia to Puerto de la Cruz is an approximately 12.5-hour flight. You can also do a combination of car and ferry. Due to the time zone difference, you'll gain 2 hours traveling from Riga to Puerto de la Cruz. Finish your sightseeing early on the 9th (Thu) so you can travel to Puerto Del Carmen.
more less

Things to do in Puerto de la Cruz

One of the most lively and visited areas in the Canary Islands, Lanzarote’s largest city, Puerto del Carmen, is well-known for its vibrant nightlife and high concentration of bars and pubs.

To find other places to visit, maps, reviews, and other tourist information, read our Puerto Del Carmen vacation builder website.

You can fly from Puerto de la Cruz to Puerto Del Carmen in 3.5 hours. Other options are to do a combination of car and ferry; or do a combination of bus and ferry. In December in Puerto Del Carmen, expect temperatures between 24°C during the day and 19°C at night. Finish up your sightseeing early on the 15th (Wed) so you can travel to Agaete.
more less

Things to do in Puerto Del Carmen

To find reviews, maps, where to stay, and other tourist information, read Agaete travel itinerary planner.

The Route module can help you plan travel from Puerto Del Carmen to Agaete. Expect a daytime high around 26°C in December, and nighttime lows around 19°C. Finish your sightseeing early on the 21st (Tue) so you can drive to Maspalomas.
more less

Things to do in Agaete

Fondly referred to as “El Sur” by the locals, Maspalomas serves as a hub of entertainment and beach activity on Gran Canary Island.

For photos, traveler tips, more things to do, and more tourist information, use the Maspalomas trip itinerary maker.

You can drive from Agaete to Maspalomas in 1.5 hours. In December, daily temperatures in Maspalomas can reach 26°C, while at night they dip to 19°C. Cap off your sightseeing on the 29th (Wed) early enough to travel to Marrakech.
more less

Things to do in Maspalomas

You won't run out of things to do in Marrakech, a city where you can spend days exploring grandiose palaces and mosques, photogenic gardens, sacred tombs, and traditional mansions that evoke a bygone era.

Spend the 1st (Sat) wandering through the wild on a nature and wildlife tour. On the 2nd (Sun), spend a fun day on foot with Walking tours. There's much more to do: take in nature's colorful creations at Jardin Majorelle, awaken your taste buds at Peterbringsyoueverywhere.com, appreciate the extensive heritage of Menara Gardens and Pavilion, and steep yourself in history at El Badi Palace.

To find ratings, photos, other places to visit, and tourist information, use the Marrakech road trip app.

Fly from Maspalomas to Marrakech in 5.5 hours. Alternatively, you can do a combination of bus and ferry. Plan for slightly colder nights when traveling from Maspalomas in December since evenings lows in Marrakech dip to 7°C. Finish up your sightseeing early on the 5th (Wed) so you can travel to M'Hamid.
more less

Things to do in Marrakech 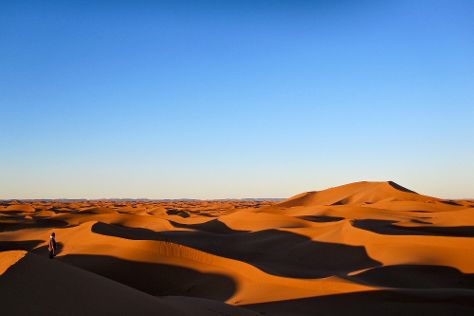 Evoking images of traveling nomads and trade caravans, M'Hamid lies in a spacious palm oasis at the edge of the Sahara.

Kick off your visit on the 6th (Thu): explore the fascinating landscape at Atmospher Erg Chigaga.

Traveling by combination of flight and taxi from Marrakech to M'Hamid takes 4.5 hours. Alternatively, you can drive; or do a combination of bus and taxi. On the 6th (Thu), wrap the sightseeing up by early afternoon so you can drive to Merzouga.
more less

Things to do in M'Hamid

Make Merzuoga a stop on your Morocco trip as part of a desert safari.

Go for a jaunt from Merzouga to Rissani to see Sijilmassa about 36 minutes away. The adventure continues: see Dune Merzouga Camp, surround yourself with nature on a nature and wildlife tour, explore the striking landscape at Erg Chebbi Dunes, and head outdoors with Thundra Adventure.

To find ratings, reviews, maps, and other tourist information, refer to the Merzouga journey maker website.

Traveling by car from M'Hamid to Merzouga takes 7 hours. Alternatively, you can do a combination of bus and taxi. On the 11th (Tue), wrap the sightseeing up by early afternoon so you can travel to Fes.
more less

Things to do in Merzouga

Mecca of the West

When in Fes, make a side trip to see Bou Inania Medersa in Meknes, approximately Meknes away. Spend the 13th (Thu) wandering through the wild on a nature and wildlife tour. There's much more to do: admire the landmark architecture of Bou Inania Medersa, pause for some serene contemplation at Synagogue Ibn Danan, hunt for treasures at Fondouk Tsetouanien, and take in the exciting artwork at Centre de Formation Dans le Metiers de l'Artisinat.

To see ratings, where to stay, photos, and more tourist information, go to the Fes trip maker.

Do a combination of bus and flight from Merzouga to Fes in 7 hours. Alternatively, you can drive; or do a combination of taxi, bus, and train. In January in Fes, expect temperatures between 20°C during the day and 5°C at night. Finish up your sightseeing early on the 16th (Sun) so you can go by car to Chefchaouen.
more less

Things to do in Fes 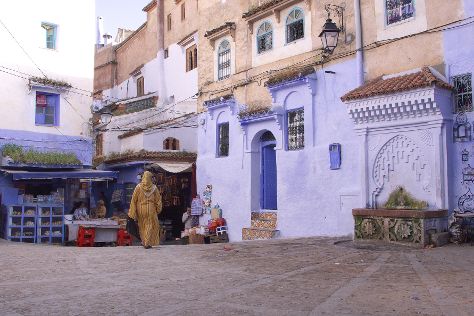 Tourism in Chefchaouen, a picturesque town in the Rif mountain range, has been thriving for decades due to its scenic surroundings and buildings painted in a striking blue hue.

On the 17th (Mon), take in the spiritual surroundings of Spanish Mosque and then get to know the fascinating history of Chefchaouen Medina.

To see traveler tips, photos, maps, and other tourist information, go to the Chefchaouen planner.

Drive from Fes to Chefchaouen in 3.5 hours. Alternatively, you can take a bus. Cap off your sightseeing on the 17th (Mon) early enough to go by car to Tangier.
more less

Things to do in Chefchaouen 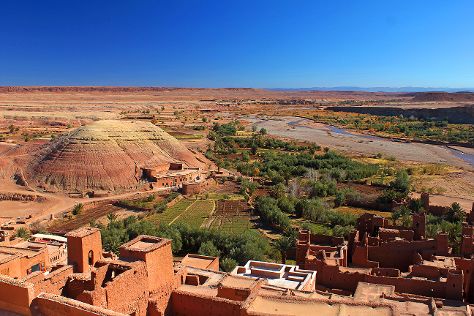 Separated from Spain by the Strait of Gibraltar, Tangier remains a mix of North African, French, Spanish, and Portuguese cultural influences.

Get out of town with these interesting Tangier side-trips: Tetouan (Tetouan Quad Xplorer, Dar El Oddi, &more). Next up on the itinerary: do sightseeing your way with Marruecos Mapa Tours, savor a delicious cup with Blue Door Cuisine, get the lay of the land with Walking tours, and get a dose of the wild on a nature and wildlife tour.

To see maps, ratings, more things to do, and other tourist information, refer to the Tangier trip itinerary maker app.

Getting from Chefchaouen to Tangier by car takes about 2.5 hours. Other options: take a bus. Expect a daytime high around 19°C in January, and nighttime lows around 9°C. Wrap up your sightseeing on the 21st (Fri) early enough to travel to Praslin Island.
more less

Things to do in Tangier

Tetouan
Find places to stay Jan 17 — 21:
Hotels on TripAdvisor
Homes on Airbnb
Highlights from your plan 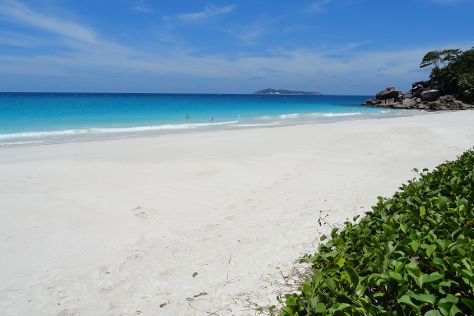 Home to some of the Seychelles' finest beaches, Praslin Island offers visitors more than just sand and sea.

Praslin Island is known for nature, beaches, and wildlife. Your plan includes some of its best attractions: identify plant and animal life at Vallee de Mai Nature Reserve, soothe aching muscles at Island Stress Relief, get outside with Anse Boudin, and step off the mainland to explore Grande Soeur island.

You can fly from Tangier to Praslin Island in 21 hours. The time zone difference moving from Western European Standard Time to Seychelles Time is 4 hours. Prepare for much warmer weather when traveling from Tangier in January: high temperatures in Praslin Island hover around 34°C and lows are around 29°C. Finish up your sightseeing early on the 1st (Tue) so you can travel back home.
more less

Things to do in Praslin Island