To find more things to do, where to stay, other places to visit, and tourist information, you can read our Madrid route maker app.

Sao Paulo, Brazil to Madrid is an approximately 14-hour flight. The time zone changes from Brasilia Standard Time to Central European Standard Time, which is usually a 4 hour difference. In September, daytime highs in Madrid are °C, while nighttime lows are °C. Wrap up your sightseeing on the 21st (Fri) early enough to drive to Murcia.
more less

Toledo
Find places to stay Sep 16 — 21:
Hotels on TripAdvisor
Homes on Airbnb
Highlights from your plan

©
Murcia is a city in south-eastern Spain, the capital and most populous city of the Autonomous Community of the Region of Murcia, and the seventh largest city in the country, with a population of 442,573 inhabitants in 2009 (about one third of the total population of the Region). On the 22nd (Sat), learn about wildlife with up-close encounters at Terra Natura Murcia, explore the world behind art at Cathedral de Santa Maria, steep yourself in history at Episcopal Palace of Murcia, make a trip to Plaza Cardenal Belluga, thentake in the architecture and atmosphere at Iglesia de San Juan Bautista, and finally take in the architecture and atmosphere at Templo de San Juan de Dios.

To find photos, where to stay, traveler tips, and other tourist information, you can read our Murcia road trip planning app.

Getting from Madrid to Murcia by car takes about 4 hours. Other options: take a train; or fly. Expect a bit warmer evenings in Murcia when traveling from Madrid in September, with lows around °C. Wrap up your sightseeing on the 22nd (Sat) to allow time to drive to Alicante.
more less 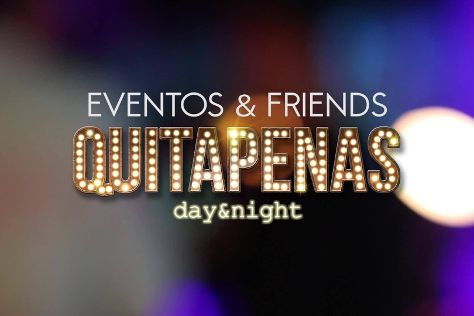 As Valencia’s second largest city and one of the most well-known along the Costa Blanca, Alicante has an enchanting atmosphere that blends rich history with animated beach life.

On the 23rd (Sun), make a trip to Plaza de Los Luceros, thenget engrossed in the history at Museo Arqueologico de Alicante, and then kick back and relax at Playa de San Juan.

Drive from Murcia to Alicante in an hour. Alternatively, you can take a train. In September, daily temperatures in Alicante can reach °C, while at night they dip to °C. Wrap up your sightseeing on the 23rd (Sun) early enough to travel to Barcelona.
more less

Things to do in Alicante

Bring the kids along to Basilica of the Sagrada Familia and Parc Guell. Museu Picasso and Parc de Montjuic will appeal to museum buffs. Spend the 29th (Sat) among aquatic life with a scuba or snorkeling tour. The adventure continues: admire the landmark architecture of Casa Batllo, see where the action happens at Camp Nou, take in the architecture and atmosphere at Barcelona Cathedral, and step into the grandiose world of Montjuic Castle.

To find other places to visit, ratings, where to stay, and other tourist information, read Barcelona travel planning site.

Fly from Alicante to Barcelona in 3.5 hours. Alternatively, you can drive; or take a train. While traveling from Alicante, expect slightly colder days and about the same nights in Barcelona, ranging from highs of °C to lows of °C. Wrap up your sightseeing on the 29th (Sat) to allow time to travel to Rome.
more less

Museum-lovers will get to explore Vatican Museums and Museo Nazionale di Castel Sant'Angelo. Colosseum and St. Peter's Basilica will appeal to history buffs. Take a break from Rome with a short trip to Villa d'Este in Tivoli, about 48 minutes away. There's much more to do: explore the ancient world of Pantheon, take in the architecture and atmosphere at Church of St. Louis of the French, take an in-depth tour of Musei Capitolini, and admire the local landmark of Trevi Fountain.

For maps, reviews, and other tourist information, read our Rome trip maker website.

Traveling by flight from Barcelona to Rome takes 5.5 hours. Alternatively, you can drive; or take a train. Traveling from Barcelona in September, you can expect nighttime temperatures to be slightly colder in Rome, with lows of °C. Finish your sightseeing early on the 6th (Sat) so you can take a train to Florence.
more less

Birthplace of the Italian Renaissance

Considered a cultural, artistic, and architectural jewel of Italy, Florence is the birthplace of the Italian Renaissance.

Museum-lovers will get to explore Gallerie Degli Uffizi and Palazzo Pubblico and Museo Civico. Do some cultural sightseeing at Florence Academy of Fine Arts and Cathedral of Santa Maria del Fiore. Explore the numerous day-trip ideas around Florence: Guardastelle Vineyard (in San Gimignano) and Siena (Torre del Mangia, Piazza del Campo, &more). There's lots more to do: steep yourself in history at Basilica of Santa Croce, take in the spiritual surroundings of The Baptistery of St. John, explore the world behind art at Pitti Palace, and make a trip to Piazzale Michelangelo.

For photos, more things to do, other places to visit, and more tourist information, you can read our Florence holiday app.

You can take a train from Rome to Florence in 2.5 hours. Other options are to drive; or fly. Expect a daytime high around °C in October, and nighttime lows around °C. Finish your sightseeing early on the 13th (Sat) to allow enough time to drive to Venice.
more less

Things to do in Florence

Family-friendly places like Doge's Palace and Canal Grande will thrill your kids. Get some cultural insight at Piazza San Marco and Peggy Guggenheim Collection. Change things up with these side-trips from Venice: Padua (Chiesa degli Eremitani & Scrovegni Chapel). And it doesn't end there: take in the architecture and atmosphere at Basilica di San Marco, examine the collection at Museo Ebraico di Venezia, admire the striking features of Ca' d'Oro, and contemplate the long history of Squero di San Trovaso.

For where to stay, reviews, photos, and tourist information, read Venice trip planner.

Getting from Florence to Venice by car takes about 3 hours. Other options: take a train; or fly. When traveling from Florence in October, plan for little chillier days in Venice, with highs around °C, while nights are about the same with lows around °C. Finish your sightseeing early on the 19th (Fri) to allow enough time to travel to Paris.
more less

Padua
Find places to stay Oct 13 — 19:
Hotels on TripAdvisor
Homes on Airbnb
Highlights from your plan

Your cultural itinerary includes sights like Eiffel Tower and Louvre Museum. Get some historical perspective at Palace of Versailles and Cathédrale Notre-Dame de Paris. The adventure continues: explore the world behind art at Musee d'Orsay, examine the collection at Musee Rodin, steep yourself in history at Sainte-Chapelle, and take a stroll through Île de la Cité.

For photos, other places to visit, and tourist information, refer to the Paris journey planning tool.

Getting from Venice to Paris by flight takes about 5 hours. Other options: take a train; or drive. In October, daytime highs in Paris are °C, while nighttime lows are °C. Finish up your sightseeing early on the 24th (Wed) so you can travel to Lisbon.
more less

Palace of Versailles
Find places to stay Oct 19 — 24:
Hotels on TripAdvisor
Homes on Airbnb
Highlights from your plan

Get some historical perspective at Quinta da Regaleira and Park and National Palace of Pena. Do some cultural sightseeing at Castelo dos Mouros and Castelo de S. Jorge. Change things up with these side-trips from Lisbon: Sintra National Palace (in Sintra) and Praia do Ouro (in Sesimbra). There's much more to do: take in the spiritual surroundings of Mosteiro dos Jeronimos, make a trip to Elevador de Santa Justa, examine the collection at National Museum of Ancient Art, and take an in-depth tour of Carmo Archaeological Museum.

To see traveler tips, where to stay, ratings, and other tourist information, read our Lisbon trip itinerary site.