To find other places to visit, traveler tips, maps, and other tourist information, use the Roses road trip planner.

Tel Aviv, Israel to Roses is an approximately 10.5-hour combination of flight and car. Due to the time zone difference, you'll gain 1 hour traveling from Tel Aviv to Roses. Traveling from Tel Aviv in September, things will get a bit cooler in Roses: highs are around 29°C and lows about 19°C. On the 8th (Tue), wrap the sightseeing up by early afternoon so you can drive to L'Estartit.
more less

Things to do in Roses 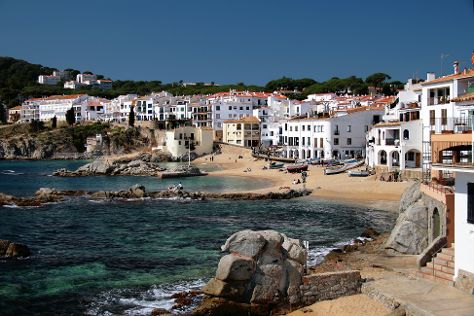 ©
L'Estartit is a small town and seaside resort on the Costa Brava, on the north-eastern coast of Spain.The town is situated between the foothills of the Montgrí Massif and the Mediterranean Sea, and is part of the municipality of Torroella de Montgrí, in the Baix Empordà county, Girona province, autonomous community of Catalonia.L'Estartit stretches North-South from Cala Montgó, at the southern tip of the Bay of Roses (Badía de Roses) to the Ter River estuary in the Bay of Pals (Badía de Pals). Venture out of the city with trips to Celler Can Sais (in Vall-Llobrega), Begur (Platja Fonda, Cala d'Aiguafreda, &more) and Calella de Palafrugell (Sculpturepark Jardíns de Cap Roig & Playas de Calella). Next up on the itinerary: don't miss a visit to Village Medieval de Pals, enjoy the sand and surf at Cala Montgo, stroll through Platja de l'Estartit, and wander the streets of San Marti d'Empuries.

Traveling by car from Roses to L'Estartit takes 1.5 hours. In October in L'Estartit, expect temperatures between 26°C during the day and 13°C at night. Finish up your sightseeing early on the 18th (Fri) so you can go by car to Lloret de Mar.
more less

Things to do in L'Estartit 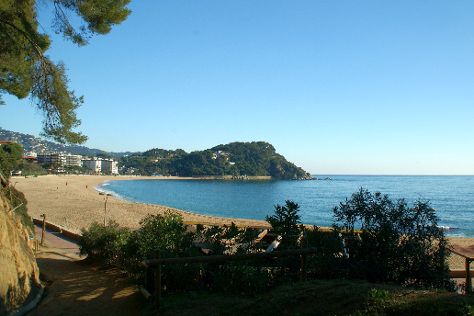 To see maps, reviews, more things to do, and tourist information, use the Lloret de Mar road trip site.

You can drive from L'Estartit to Lloret de Mar in 1.5 hours. October in Lloret de Mar sees daily highs of 26°C and lows of 13°C at night. Wrap up your sightseeing by early afternoon on the 30th (Wed) to allow time for travel back home.
more less

Things to do in Lloret de Mar