©
Plan created by another user.Make it yours
Edit start date
Want to change plan duration?

To see where to stay, maps, more things to do, and more tourist information, you can read our Polignano a Mare road trip planning site.

San Juan, Puerto Rico to Polignano a Mare is an approximately 18.5-hour flight. The time zone changes from Atlantic Standard Time (AST) to Central European Standard Time (CET), which is usually a 5 hour difference. Expect slightly colder temperatures when traveling from San Juan in June; daily highs in Polignano a Mare reach °C and lows reach °C. On the 12th (Fri), you'll have the morning to explore before heading off to Gallipoli.
more less

Things to do in Polignano a Mare 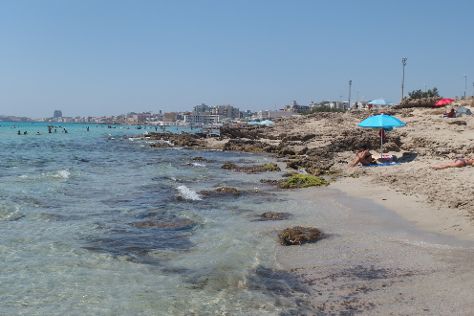 Deriving its name from the Greek for "beautiful city," Gallipoli retains the charm of an old fishing port.

Start off your visit on the 12th (Fri): explore the historical opulence of Castello di Gallipoli and then tour the pleasant surroundings at Spiaggia Baia Verde di Gallipoli. Get ready for a full day of sightseeing on the 13th (Sat): don't miss a visit to Porto Cesareo, enjoy the sand and surf at Lido Punta della Suina, pause for some serene contemplation at Basilica Cattedrale di Sant'Agata, thensteep yourself in history at Centro Storico di Gallipoli, and finally see the interesting displays at Frantoio Ipogeo di Palazzo Granafei.

To see more things to do, where to stay, maps, and more tourist information, read Gallipoli trip maker website.

Traveling by car from Polignano a Mare to Gallipoli takes 2 hours. Alternatively, you can take a bus; or take a train. In June in Gallipoli, expect temperatures between °C during the day and °C at night. Wrap up your sightseeing by early afternoon on the 14th (Sun) to allow enough time to drive to Otranto.
more less

Things to do in Gallipoli

©
Otranto is a town and comune in the province of Lecce (Apulia, Italy), in a fertile region once famous for its breed of horses.It is located on the east coast of the Salento peninsula. On the 14th (Sun), kick back and relax at Baia dei Turchi. On the 15th (Mon), you'll have a packed day of sightseeing: Head underground at Grotta della Poesia, get to know the fascinating history of Centro Storico Otranto, and then contemplate in the serene atmosphere at Cattedrale Di Otranto.

For other places to visit, maps, where to stay, and other tourist information, use the Otranto trip itinerary maker.

Getting from Gallipoli to Otranto by car takes about an hour. Other options: take a bus. In June, daytime highs in Otranto are °C, while nighttime lows are °C. Wrap up your sightseeing by early afternoon on the 16th (Tue) to allow time for the car ride to Lecce.
more less

Things to do in Otranto

Start off your visit on the 16th (Tue): stop by Azienda Olearia Schirinzi, thentake in the architecture and atmosphere at Duomo di Lecce, thenget to know the fascinating history of Piazza del Duomo, and finally take in the architecture and atmosphere at Basilica di Santa Caterina d'Alessandria. On your second day here, take in the spiritual surroundings of Basilica di Santa Croce, make a trip to Centro Storico, Lecce, and then enjoy the sand and surf at Palude del Conte e Duna Costiera.

Drive from Otranto to Lecce in an hour. Alternatively, you can take a bus. In June, daytime highs in Lecce are °C, while nighttime lows are °C. You'll set off for Bari on the 18th (Thu).
more less 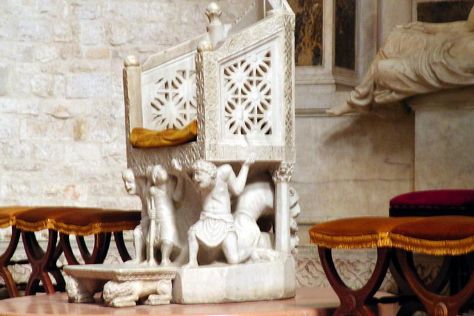 Puglia's capital city, Bari, is a growing metropolis of industry and one of the country's most important commercial ports.

Get out of town with these interesting Bari side-trips: Church of Saint Pio of Pietrelcina (in San Giovanni Rotondo), Parco Archeologico di Siponto (in Siponto) and Cattedrale di Trani (in Trani). The adventure continues: contemplate in the serene atmosphere at Basilica San Nicola, find your balance on the water with some of the best stand-up paddleboarding in the area, kick back and relax at Vignanotica Beach, and don't miss a visit to Palombaro Lungo.

To find where to stay, traveler tips, other places to visit, and tourist information, read our Bari road trip site.

Traveling by car from Lecce to Bari takes 2 hours. Alternatively, you can take a bus; or take a train. In June, daily temperatures in Bari can reach °C, while at night they dip to °C. Finish up your sightseeing early on the 23rd (Tue) so you can go by car to Alberobello.
more less

Things to do in Bari 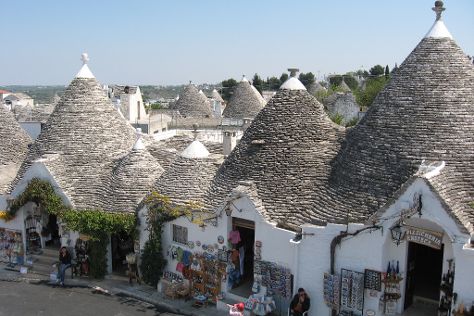 ©
Alberobello is a small town and comune of the Metropolitan City of Bari, Apulia, southern Italy. Kick off your visit on the 24th (Wed): explore the fascinating underground world of Grotte di Castellana, admire the landmark architecture of I Trulli di Alberobello - World Heritage Site, thendon't miss a visit to Parrocchia Sant'Antonio di Padova, and finally see the interesting displays at Trullo Sovrano. On your second day here, meet the residents at Zoosafari and then identify plant and animal life at Torre Guaceto Marine Protected Area.

For other places to visit, reviews, traveler tips, and tourist information, go to the Alberobello tour site.

You can drive from Bari to Alberobello in an hour. Alternatively, you can take a bus; or do a combination of train and bus. In June, daytime highs in Alberobello are °C, while nighttime lows are °C. Wrap up your sightseeing by early afternoon on the 26th (Fri) to allow time for travel back home.
more less

Things to do in Alberobello