Get in touch with nature at Île de la Cité and Ile Saint-Louis. Museum-lovers will appreciate Louvre Museum and Musee d'Orsay. Explore Paris' surroundings by going to Palace of Versailles (in Versailles), Chartres Cathedral (in Chartres) and Champagne Roger-Constant Lemaire (in Villers-sous-Chatillon). There's still lots to do: pause for some serene contemplation at Cathédrale Notre-Dame de Paris, stroll through Paris Plage, take a stroll through Montmartre, and contemplate the waterfront views at Seine River.

For ratings, more things to do, and more tourist information, refer to the Paris online tour planner.

If you are flying in from United States, the closest major aiports are Paris-Orly Airport, Charles de Gaulle International Airport and Paris Beauvais Tillé Airport. In March in Paris, expect temperatures between 53°F during the day and 38°F at night. On the 24th (Sat), wrap the sightseeing up by early afternoon so you can drive to Lyons-la-Foret.
more less 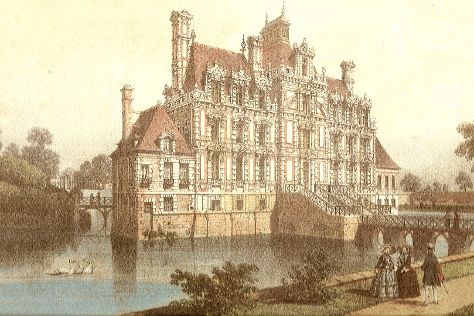 ©
Lyons-la-Forêt is a commune in the Eure department in Haute Normandie in north-western France.Because of its architecture which has been maintained as it was at the beginning of the 17th century, it is also a well-known landmark within the very distinct geophysical and geocultural entity that is the end of Vexin normand and the forest of Lyons around the town is the border with Pays de Bray known for its traditional bocage landscape of woods, orchards and cattle economy.GeographyLyons-la-Forêt is located 34km from Rouen and 28km from Gisors. Do some cultural sightseeing at Cathedrale Notre-Dame de Sees and Maison de la Baie de Somme. Memorial de Montormel and Chateau d'Harcourt will appeal to history buffs. Explore Lyons-la-Foret's surroundings by going to Chateau de Gaillon (in Gaillon), Abbaye de Jumieges (in Jumieges) and Chateau de Beaumesnil (in Beaumesnil). And it doesn't end there: contemplate the long history of Abbaye de Saint-Wandrille, explore the historical opulence of Château d'Ô, relax in the rural setting at Ferme pedagogique de OUEZY - CANON, and look for gifts at Fromagerie du Crotoy.

To see other places to visit, reviews, traveler tips, and tourist information, you can read our Lyons-la-Foret trip app.

Getting from Paris to Lyons-la-Foret by car takes about 2 hours. March in Lyons-la-Foret sees daily highs of 51°F and lows of 38°F at night. Finish your sightseeing early on the 31st (Sat) so you can drive back home.
more less

Things to do in Lyons-la-Foret