Get in touch with nature at Caldeira das Sete Cidades and Poca Da Dona Beija. Bring the kids along to Lagoa do Fogo and Parque Terra Nostra. Step out of Ponta Delgada to go to Furnas and see Centro de Monitorizacao e Investigacao das Furnas, which is approximately 42 minutes away. Next up on the itinerary: contemplate the waterfront views at Furnas, kick back and relax at Praia de Santa Barbara, look for all kinds of wild species at Caldeira Velha Environmental Interpretation Centre, and take in the spiritual surroundings of Nossa Senhora da Paz.

New York City, USA to Ponta Delgada is an approximately 12.5-hour flight. Due to the time zone difference, you'll lose 4 hours traveling from New York City to Ponta Delgada. In September, plan for daily highs up to 76°F, and evening lows to 63°F. On the 8th (Fri), wrap the sightseeing up by early afternoon so you can travel to Lisbon.
more less

For where to stay, ratings, photos, and other tourist information, go to the Lisbon online journey planner. 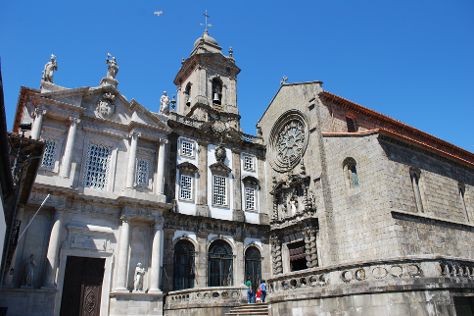 Traveling by flight from Lisbon to Porto takes 3 hours. Alternatively, you can drive; or take a train. In September, Porto is slightly colder than Lisbon - with highs of 74°F and lows of 56°F. You'll have a few hours on the 15th (Fri) to wrap things up before traveling home.
more less